Portable ultrasound for brain injuries could save soldiers and civilians

A portable ultrasound system that can detect bleeding in the brain could help save the lives of soldiers on the battlefield and people living in remote communities far from well-equipped hospitals.

Researchers in Scotland have created software for existing ultrasound scanners that allows the devices to be used by medics with no formal training in diagnosing brain injuries. 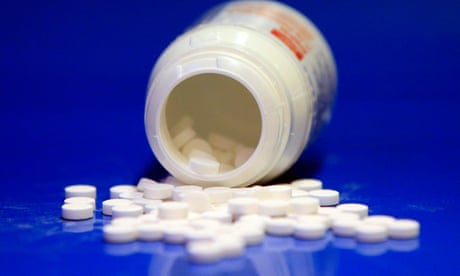 Equipped with the software, the laptop-sized machines can tell users when they have scanned all of a patient’s brain. It then allows them to share a 3D reconstruction with a specialist doctor over the internet.

“The problem with ultrasound is it’s not the easiest imaging to look at. If you don’t know what you’re looking for, it can be hard to take the right images for a diagnosis,” said Leila Eadie, who is leading the project at the University of Aberdeen.

The work is at an early stage, but has been tested on healthy volunteers and patients in hospital who have experienced brain haemorrhages. Funded by the Ministry of Defence to provide on-the-spot diagnosis of hidden brain injuries in soldiers, the technology could be adopted by paramedics to help diagnose strokes and other brain injuries in people living in rural communities.

Ultrasound is not routinely used for brain scans and other technologies, such as CT and MRI imaging, are far more powerful. But because ultrasound scanners can be made portable, it has advantages for doctors operating outside hospitals.

If brain haemorrhages are diagnosed soon enough, emergency steps can be taken to reduce the risk of long-term damage, including drilling holes into the skull to relieve pressure, or administering drugs.

This impressive and subtle BBC3 documentary followed four young people recovering from TBIs, and highlighted some of the less obvious after effects
Read more

Even minor head injuries, if not treated soon enough, can cause complex long-term problems such as memory problems, depression and other mental health disorders. In the case of soldiers, the presence of more obvious injuries on the body can mean the possibility of head injuries is overlooked, said Eadie.

The device records 40 ultrasound images per second from the patient’s temples and used 2,000 of these to reconstruct a 3D image of their brain.

Neal Smith at the MoD’s Defence Science and Technology Laboratory said: “UK Armed Forces operate in many remote locations and where personnel are injured we need to ensure that all conditions can be rapidly and correctly diagnosed to provide the best possible treatment and care.

“Devices which are lightweight, easy to deploy and easy to use, such as the portable ultrasound scanning support system being developed by the University of Aberdeen, have the potential to enhance our capabilities on operations and enhance patient care.”