Morgan Advanced Materials, widely acknowledged as a global leader in ceramics and other advanced materials, has announced that it now has the capability to design and manufacture components for use in high intensity focused ultrasound (HIFU) technologies, particularly in medical applications. 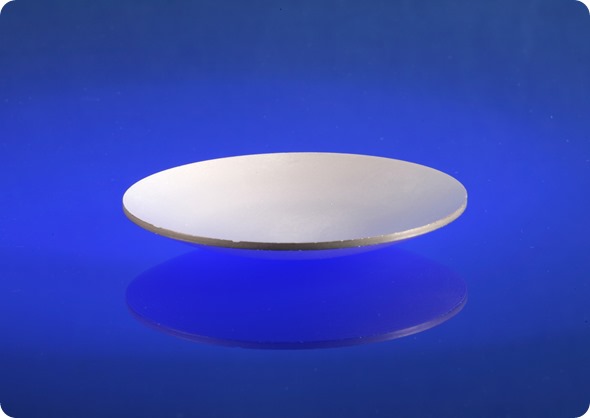 Morgan is producing HIFU ultrasound transducers in a range of shapes and geometries, from 5mm to 150mm in diameter and with frequencies between 200kHz and 8MHz. The transducers are made from a modified range of hard piezoelectric (PZT) materials, which have been developed from Morgan’s own proprietary range of ceramics. Other piezoelectric formulations are available on request depending on the ultrasonic power level required in the application.

HIFU is used in a range of applications, including the treatment of uterine fibroids, cancer research and cosmetic therapies. In HIFU, ultrasound beams emanate from the PZT transducer, heating or agitating the target tissue. As a result, the tissue is destroyed by coagulation necrosis.

The operating frequencies used can vary widely, according to the area of the body being treated. In general, the lower the frequency, the deeper the penetration of the focused ultrasound; cysts, for example, require lower frequencies, from 250KHz to 2MHz. Higher frequencies, of 6MHz and above, are typically used to treat forehead skin, close to the skull.

In cosmetic medicine, HIFU has been cleared to treat subcutaneous tissues for the purpose of body contouring, also known as non-invasive liposuction.

The use of HIFU is not restricted to medicine; in industrial settings, it is used to break off solids or agglomerations of compounds. In some water treatment plants, for example, HIFU is used to destroy soils and promote the process of osmosis that purifies the water.

“This combination makes a transducer that is extremely efficient, and maximises the propagation of ultrasound wave energy. Another ceramic, PZT807, is excellent where higher HIFU power levels are needed, because it offers even lower dielectric losses, which means that it can be driven at higher frequencies and voltages, without causing self-heating of the transducer. PZT807 is also very dense and has low porosity, so is ideal for machining in thin components,” he added.